Why nails are trapped in meat? 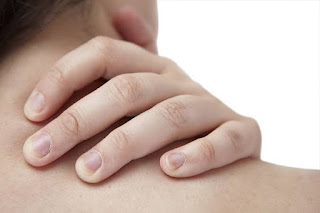 Many times, nails in the hands or feet begin to grow in the flesh within the skin.

This is usually more common in the toe nails, but it is also more likely in those with nails that are thick or elongated.
But everyone can suffer from not having to worry about cleaning ankle, poorly fitted shoes or nails, while for those who suffer from diabetes, arteries, or hearing loss, this seemingly trivial problem can also be a problem.  This can be quite serious, as it can result in infection or risk of organ loss.
Even if a nail is not properly cut or bumped into place, it still begins to sting in the flesh, which can result in infection with discomfort and the cure will not take place until the nails are cut.  To be taken
So the most important thing to do to avoid this problem is to make it a habit to cut the nails straight.

Loss of income is detrimental to your mental health


What are the causes?

As noted above, the most common reason for this is not to cut the nails properly, while too much or rounded edges of the nails or poorly fitting shoes, etc., can push the nails into the flesh.
Stumbling or pressing something may also cause this problem, and if the nail is consistently stuck in the flesh, there will be permanent changes in the tissue above it, leading to infection, further pain and swelling.

Symptoms are usually the pain, swelling and redness around the affected nails, the sharp nail of the nail begins to creep into the flesh at one or both ends.


When to consult a doctor?

Often, the problem of nail trapping in meat is prevented by proper nail care and the use of well-fitted shoes.  Avoid cutting the corners of the nails until you see them properly, otherwise the problem may be worse, consult a doctor in such a case so that he can advise on the use of medication according to the condition, most cases  I also recommend that the doctor remove the affected nails, partially or completely, with the help of a doctor.
In addition, if the problem is not too serious, there are some simple things to do at home such as dip the feet in salt water for 15 minutes, repeat this process 3 to 4 times a day.
Cover with an ointment on the affected area and cover with a clean bandage.

Another way is to gently lift the edges of the affected nails and place a small piece of cotton inside it, which increases the chances of the nails being separated from the skin.