Are you affected by smoking?
Experts say that cigarette smoking is causing 274 deaths worldwide daily while 70 percent of Pakistanis are affected by the smoking of workplace workers. 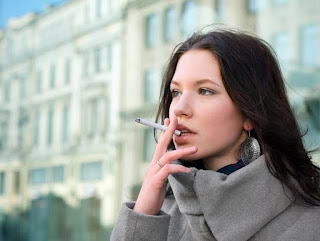 In a speech organized by a children’s rights organization, experts spoke about the harmful effects of smoking on society, and the harmful effects it may have on children.
Speaking to reporters in the workshop, Muhammad Kashif Mirzane, project manager at the Victory for the Protection of Child Rights, said that Pakistan is one of the 15 countries in the world where tobacco production and consumption are highest,

According to a recent report by the NGO ‘Network for Consumer Protection’, cigarettes are readily available at more than 500,000 shops and pan shelves nationwide.  The most worrying thing is that about 1200 children in the country are starting smoking every day, that is, two out of every five people who quit smoking are ten years old,
He provided facts to the participants of the workshop on the Ordinance 2002 on the prohibition of smoking and smoking and the protection of non-smokers, including measures to prevent smokers in public places.  , Access to tobacco products in educational institutions and the sale of cigarettes to persons under the age of 18 are prohibited,

He said that no complaint was lodged under the law against the violators of law. In Pakistan, other people are equally affected with workplace smoker,
Young men and women are the main target of the tobacco industry because according to the Global Youth Tobacco Survey, 13.3 percent of boys and 6.6 percent of girls (ages 13 to 15) use tobacco – about 160,000 people smoke in Pakistan every year.  Smoking kills a number of illnesses, while other people’s cigarettes kill about 40,000 people.

From the media workshop, Karachi Press Club President Imtiaz Khan Farran while talking about the role of media and social issues said that media is a source of change and media has played a strong role in bringing about positive change in the society in recent times.
Regarding smoking habits among young people, he said that smoking begins with smoking, highlighting the key role of the anti-smoking campaign, which will reduce health risks in schools and colleges, he said.  Working closely with civil society to discourage smoking habits in youth.

“There are laws against selling cigarettes to children for a healthy lifestyle, reduce smoking habits for good health and reduce government spending on health,” he said.  Great cooperation is assured.