Experts at the international symposium have said the scientific studies show that ‘ginger’ is one of the healthiest spices on the planet, as it owns powerful medicinal properties, including anti-inflammatory, anti-oxidation, and anti-cancer benefits. 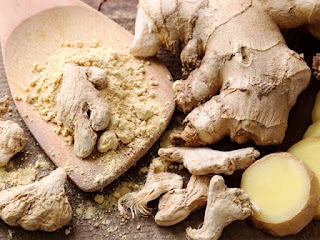 “Pakistan has the second-largest burden of Hepatitis C Virus (HCV) in the world, with an estimated number of eight to ten million cases of chronically infected persons with HCV. Every year, Hepatitis B Virus (HBV) causes 600,000 deaths worldwide, while 350,000 deaths are associated with HCV infection. Chronic pain is associated with depression.”

On the second day of the global event, Prof Dr Rafat A Siddiqui of USA, while delivering his lecture on the health benefits of ginger, said that ginger was one of the most widely used medicinal plants that was commonly used as a spice. In traditional medicine, ginger is used to aid various ailments, including vomiting, indigestion, muscular and joint pain, and cold symptoms, he added.

He mentioned that the ginger root also possessed lipid and glucose-lowering activities.

It also owns strong antiviral activity, he said. Additionally, ginger reduces symptoms of nausea and travel sickness. Ginger gum is available in the market to reduce travel sickness, he said. He pointed out that baby ginger possesses antioxidant properties.

The German scientist Prof Dr Bertram Flehmig, in his lecture on HAV infections and global health problems, said that jaundice was one of the widest spread disease conditions in the world.

He said that Baruch Blumberg, in 1963, identified the HBV surface antigen. He received the Nobel Prize in 1973. The Hepatitis D virus was identified in 1977, he added.