You may have seen patients in hospitals suffering from burns due to burns. Their irritated faces become inflamed, so they hide their face or body. 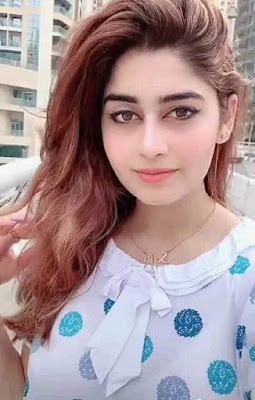 Such patients become psychologically depressed or frustrated. Despite the fact that plastic surgery has progressed considerably in the present era, the treatment of burned out patients is easier, but it costs more.  Therefore, it has been a dream come true for patients in the country.

Patients who are unable to get proper treatment, are forced to live with their stained and discolored skin or lose their life. However, for the patients who have been burned with fire, a ray of hope has now come to light that the local Pakistani.  Doctors and scientists have announced that they will manufacture artificial skin in a large-scale private laboratory.

Progress has been made in this regard, as an agreement has been reached in this regard between the University of Health Sciences and Pakistan’s two Asiatic Associations. The first such artificial skin was calculated from foreign countries at $ 900 (Rs. 127440) per inch.  Was imported from India, but now such human skin can be produced in Pakistan for a thousand rupees.

With this artificial skin, large-scale burn patients will be able to recover.
They will also include patients whose body burns up to 70%.  Synthetic skin replacement for human skin first started locally in Pakistan in 2015, but this was done experimentally, now the skin is being manufactured on a large scale, benefiting a large number of patients.

He added that the mortality rates are higher because they are burned to 90 percent instead of 70 percent. When synthetic skin is widely manufactured in our own laboratory, the suffering of the affected people will be reduced by 20 percent.  And patients will be more likely to survive.
In fact, artificial skin imported from overseas can be very expensive, especially for middle-class patients, so they refrain from receiving treatment and, as a result, die in the mouth.

He recalled the accident of the oil tanker at Ahmed Porshaqiya, saying that many of the fatalities were due to this accident, because artificial skin was not available in large numbers in our hospitals. Artificial skin manufactured in our laboratory  Some may be cheaper than the skin imported from Europe and America, but the quality will be the same.
The fact is that the skin we manufacture in Pakistan will prove to be better than imported skin in many respects. We have tested the ready-made skin at the largest US health institution and they  We have used this skin as an experiment on many patients and they have received healing.

In the beginning, we had a lot of trouble. The drug mafia, which is importing artificial skin and various drugs from overseas, lost its interests, so it started disrupting our work.  Besides, the medicines we ask for are not available or artificial shortages are created, which hinders our work.


Based on the agreement, a representative of the Pharmaceutical Association of Pakistan has approved that 20 pharmaceutical companies can manufacture this synthetic skin.
In this regard, medications prepared for treatment will be provided at affordable rates and can also be exported if needed.
Dr. Rauf Ahmed has also played an important role in the preparation of the aforementioned skin, which works in the Lahore Jinnah Hospital area, which is specific to burn patients. Dr. Rauf Ahmed, PhD in Biological Germs (MICROBIOLOGY)  He told the newspaper Express Tree Bean about artificial skin that it is made from the skin of the patient’s body, which is not used during operation, that is, escapes or gets help from animal skins.  For example, cows and buffaloes.

In the first stage, the upper layer of the skin is cleansed with chemical ingredients, called “DE-EPIDERMALIZATION” in medical terms. In the second stage, the part of the patient’s body that has been affected,  This is called “de cellulization”.
This is called DE-EPIDERMALIZATION. The only purpose of the patient is to go through these two steps and that his skin be completely cleansed of the virus, so that the body’s immune system accepts new skin fragments.
Skin Care: Best Skincare Routine

The skin used in the third step is cleansed. All of this is done with machines.
According to Dr. Rauf Ahmed, artificial skin can be kept in solid state for up to a year, while in cold storage for up to six months. When used, it is diluted by various solutions.  ۔
Then, when it is placed on the affected area of   the patient’s body, it becomes adhesive and then becomes a part of the body. Over time, a natural membrane comes on top of it and thus merges into the natural color of the skin.  Is.
Dr. Rauf Ahmed said that the question may arise in the minds of the people is how did Pakistani scientists develop this artificial skin compared to American scientists? In fact, it is simply the difference between the chemical ingredients and the chemical compounds.  Artificial skin works in preparation, they are found here inexpensively, so it is possible to manufacture cheaper skin.

Dr. Rauf explained the details of the skin, saying, “We can produce a small piece of skin in eight days, because our laboratory is small, so we can work on a smaller scale right now.”

We do not have large, modern and private laboratories like the US and Europe, otherwise we will meet the requirements of the country. Representative of the Pharmaceutical Association of Pakistan, Haseeb Khan, said: “Now we have artificial skin from Canada and Spain under an agreement.  The machinery is ready to manufacture.
Visit