Only two weeks’ sluggishness is harmful to health, research 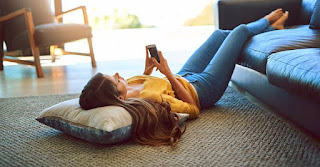 Barcelona: A recent general health study has revealed that even if only two weeks are spent relaxing, the adverse effects on the body begin to affect the heart and lungs, increasing obesity, the body.  And liver fat accumulation and increased resistance to insulin. As a result, people who walk about 10,000 steps a week, if they come only 1500 steps a week, they will only have two weeks.  The adverse effects on the body appear to be noticeable.  However, the good news is that these effects start to fade as they regain a healthy lifestyle and soon return to normal health. This study was conducted by Kelly Bowden-Davies of the University of Liverpool, UK.  28 healthy volunteers were recruited.  Of these, 10 were male while 18 were female.  The average age of all volunteers was 32 years old, and they were “normal” in terms of their weight.

In addition, all volunteers involved in the study were physically active who were accustomed to walking 10,000 steps or more a week.  After a preliminary detailed examination, they were asked to reduce their walking routines for two weeks and adopt a relaxed lifestyle. Two weeks later, when they were examined for various reasons, they found that  The heart performance was reduced by 4%, abdominal circumference was increased by 8.5 mm, liver fat was increased by 0.2%, total body fat was also increased by 0.5%, physical resistance to insulin was increased.  “Tri-glyceride” (a type of grease found in the blood) that promotes cardiovascular disease also has a slight increase.  Now, they were told to go back to their healthy lifestyle and start walking more like usual. After more than two weeks, when they were examined, they found that all those born with relaxation  The negative effects were gone and they were all back to their normal course. ”Our research proves that even a slight increase in physical activity can have very positive effects on overall health.  We encourage you to be more active and say goodbye to a relaxed lifestyle,

“Bowen-Davies said.” The results from this study, Dr. Jon Osborne, a spokesman for the American Heart Association, are somewhat surprising.  He said he also advises his patients that “if you have the freedom to become a shark or turtle, you would prefer to be a shark; always keep moving.”  Dr. Edmund Geigerich, Vice President of Medicine at the New York Presbyterian Brooklyn Methodist Hospital, said: “Be active with this study  The importance of NE has proven once again.  This can also delay the onset of type 2 diabetes. ”He advised:“ No need to run in a race, walking is fine too… just keep yourself motivated. ”The results of this study  Presented at the recent meeting of the “European Association for the Study of Diabetes” which was held in Barcelona, ​​Spain.